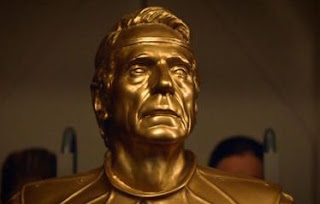 Having received the most Emmy nominations out of any television series in the past year, Watchmen looks poised to capture many award statues in September. PhantasticGeek.com's Pete and Matt break down the major nominations and wonder who will walk home with the golden statue.

Big thanks to everyone who has supported us all season long on on Patreon.com/PhantasticGeek.

MP3
Apple Podcasts
Posted by Matt at 7:25 AM

Email ThisBlogThis!Share to TwitterShare to FacebookShare to Pinterest
Labels: watchmen

Thanks for helping with storage and bandwidth costs!
Tweets by @PhantasticGeek