Special Edition Con One to Grow On

New York Comic Con has grown so much in recent years, surging into second place behind the granddaddy of them all in San Diego. So why have one New York con when you can have two?

The inaugural Special Edition: NYC, as it was billed, was held Sat., June 14, and Sun., June 15, at the Jacob K. Javits Center on Manhattan’s West Side by ReedPOP, the same exhibitor as NYCC. Concentrating on comics, art and culture, SE:NYC was a good first-time con to grow on.

SE:NYC was set primarily in the North Pavilion of the Javits, which at the last two New York Comic Cons has been the home to Artist Alley. The convention center’s newest space, which resembles a nicer airplane hangar, was filled with about 60 percent going to artists and the remainder to dealers and vendors. The space led to a similarly-chill vibe, although there were significantly fewer attendees. 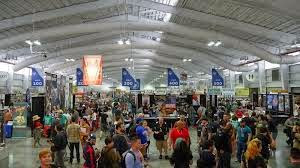 Our best guess at why SE:NYC was created is twofold: offer another convention at a different time of year and alleviate some of the overcrowding by presenting content typically seen at NYCC. In that, it was a success.

When it came to comics, SE:NYC had that covered in spades. There was Batman at 75 anniversary hoopla as well as Archie, who will be killed off in July, presenting a “pre-mortem,” if you will. There was also a panel on homosexuality in comics. Art was amply represented as well, with well-known artists on display doing their thing.

It was the cultural aspect of SE:NYC that felt significantly underrepresented. There was not one summer movie there to make a splash. “Guardians of the Galaxy” is less than two months away, but you wouldn’t have known that from a convention staged in the city where Marvel’s corporate office is located. It is a comic book movie after all.

Ditto for TV and, when you consider that NYCC had panels for shows like TNT’s “Falling Skies” and its newest action entry, “The Last Ship,” all the way back in October, it felt like a missed opportunity to not continue the connection when those shows debut next week. A little something for the final season of “True Blood,” as visible as that currently is throughout the rest of the city, would have been a nice nod as well. Freshman HBO show “The Leftovers” might have made for a nice presence with a video or perhaps producers could have screened a scene. It just felt like there was a lot of cultural mileage to be covered, especially in a city when there is filming just about every day of the year.

SE:NYC was a decidedly casual con compared to its big brother in October. There was a much smaller percentage of cosplayers than expected. When you see the same Ultron six times in the space of two hours, in addition to his Instagram and Twitter overexposure, it’s a little disappointing. Maybe SE:NYC is a victim of its own success as in any other city in the world it would be a big deal. While there is a pent-up aspect to NYCC every year, not as many people seemed aware of SE:NYC as for the bigger event in October. 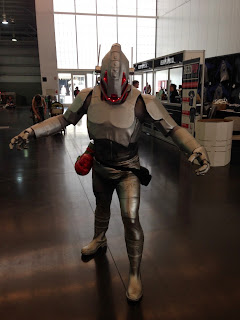 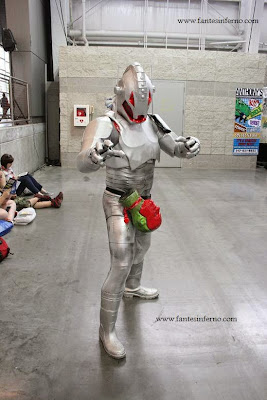 Indeed, the longest line at SE:NYC was for NYCC tickets, winding along the back of the pavilion. The convention offered a first crack at tickets in what was a good introductory experience for people who have not frequented NYCC before. It was well run, as is typical of a ReedPOP event.

Such a reaction might be warranted, given NYCC will be four full days this year and eight total days of screenings, panels and concerts connected to comic con.  New York Super Week will run Oct. 3-12, while NYCC will take place Oct. 9-12.

In the end, SE:NYC successfully whetted the appetite for October. In a city that hosts the comic con snapping at the heels of the one that’s the most widely known, that might have been all we could ask for.

Posted by AdmiralPiet at 1:52 PM